We rarely see wines from Canada here in the UK so, when a good friend shared a bottle with us that had been brought back from a trip specially for him, it was a real treat.

I’m not familiar with Therapy Vineyards but their wonderfully named ‘Freud’s Ego’ is a delicious blend of Merlot backed up with Cabernets Sauvignon and Franc. The mix of grapes may be typical of a Right Bank Bordeaux, but this is a very different take on the blend; rich and chocolatey with lovely black fruits and hints of cinnamon and nutmeg. At 14%, it’s quite intense and full-bodied but in no way heavy and with a lightness of touch in the winemaking. A lovely bottle.

The richness rather surprised me because I note that Therapy Vineyards are based in the Okanagan Valley, about 200 miles east of Vancouver in the west of the country. Here, vineyards are at a latitude of around 50°N – roughly the same as the southern UK so, to ripen these varieties, particularly the fussy Cabernet Sauvignon, is quite a remarkable achievement. The key is the closeness of the deep, glacial Okanagan Lake which minimises the effects of spring frosts and moderates the climate, especially in winter. And, with both summer heat and sunshine being rather more dependable here than in Bordeaux and longer days due to the higher latitude, the result is the grapes ripening perfectly and reliably.

Canadian production is relatively small and costs are high so I don’t expect to see bottles from there flooding UK shelves anytime soon but, if you do see one, or you’re visiting, I suggest you try it; on the basis of my (admittedly limited) experience, I suspect you will not be disappointed. 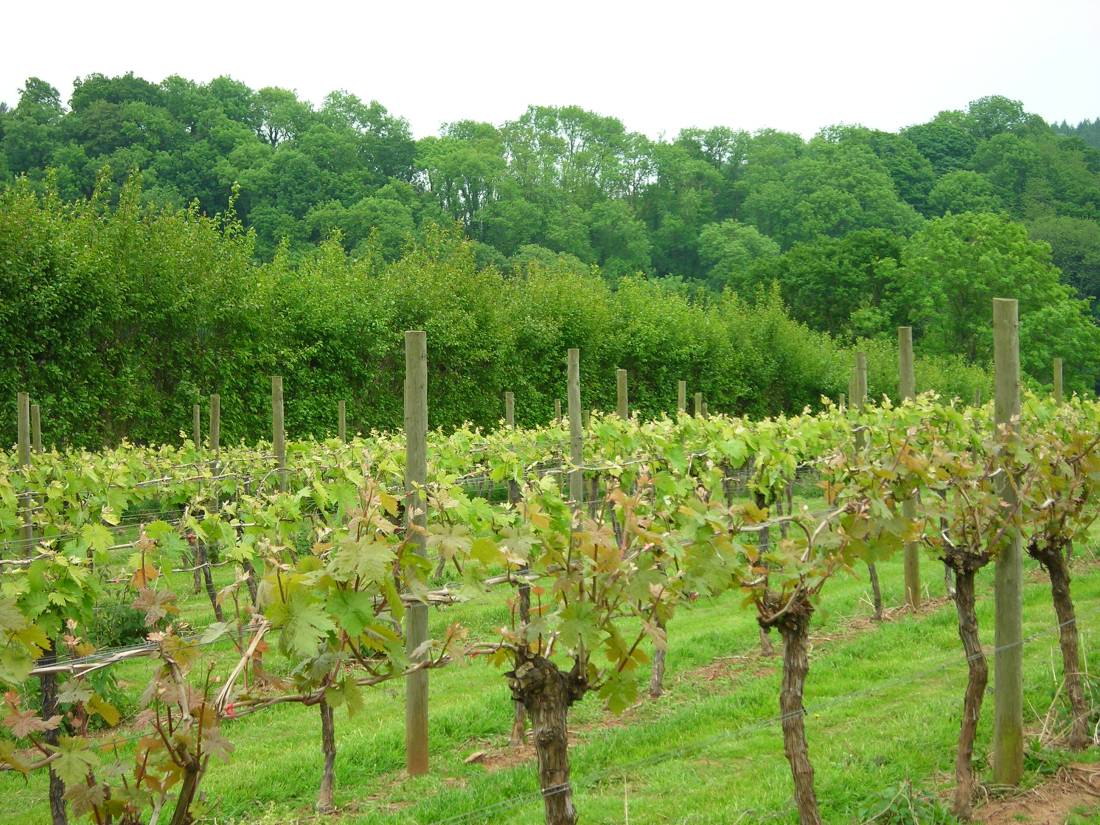 As the year draws to an end, it’s natural to want to look back on the highs and lows.  Sadly, for 2017, I suspect that there are few connected with the wine industry who will remember the year with any great pleasure or affection.  I’m thinking particularly of those growers in California, central Portugal and the Galicia and Asturias regions of northern Spain, all of whom have suffered such catastrophic fires in the last few weeks and months.  I’m sure all Bristol Wine Blog readers will want to join with me in saying to those affected that our thoughts and good wishes for the future are with you.

But the year’s problems began months earlier.  Damaging spring frosts then severe summer droughts reduced crop yields by almost a quarter in Italy and a fifth in France.  And it was the same picture across much of Europe.  Further afield, Argentina, though improving on 2016’s dreadful El Niño-affected harvest, still produced far less than its long-term average and Chile suffered a 2nd successive drop.  Other major countries such as South Africa and, despite the recent fires, the USA look to have turned out quantities roughly in line with expectations.  But, among the wine world’s top 10 producers, only Australia are really celebrating with their highest output since 2005.

As a result, based on current estimates, the volume of wine produced worldwide in 2017 is expected to be the lowest seen since the 1960s.  So, should we expect prices to go up?  Some rises are inevitable particularly where there are shortages of popular wines but it’s worth looking at the wider picture:

Overall, just about enough wine has been made this year so that, together with reserves that are already in stock, most of our demands should be satisfied.  And, hopefully, 2018 will prove to be a happier year for both producers and drinkers alike.

The year moves into November, the leaves are falling and, across the northern hemisphere, most of the grape harvests are over. So what can we expect from Europe and North America’s 2015 wines? We’re not going to see many of them on our shelves for a while (with the exception of Beaujolais Nouveau, which I’ll be blogging about in a couple of weeks), but a look at the harvest reports gives us a clue. And the news, almost without exception is good.

Let’s start in France. Burgundy and the Rhône enjoyed 2 hot, dry months in June and July and, following a slightly cooler August, were picking healthy, ripe grapes in September. Bordeaux was similar – sunnier and drier than usual – and harvests there began in mid-September with most producers very upbeat about the outcome. In Spain, they’re already talking about the best vintage since 2005 and across in Portugal the crop looks good enough for us to see the first general declaration of a port vintage since the marvellous 2011 as well as some great wines.

Much of Italy suffered from record breaking July temperatures and lower than average rainfall, resulting in lower yields and smaller grapes, so, not a bumper year for volumes but the flip side of this is that producers are saying that there’s a really good concentration of flavours in the grapes suggesting high quality wines.

Over in California, the harvest was also a small one with reports of crops often 20% less than normal. Again, drought and high temperatures were the causes and many growers completed picking by the end of September – remarkably early. Nevertheless, most are fermenting good, fully ripe fruit with the expectation of excellent wines.

Of course, we can’t know how the wines will turn out until we taste them, but with generally favourable weather conditions right across Europe and North America, it looks very hopeful that the wines from 2015 will be well worth waiting for when they start appearing on our shelves in the New Year.