Think of Spain and the next word that comes to mind for a wine lover is probably Rioja.  And with good reason: some outstanding reds and many other very drinkable ones, whites in both traditional and modern styles and even the odd rosado (rosé).  But Spain is so much more than Rioja; it has the largest area of vineyard of any country in the world – yes, even more than France or Italy, even though they produce more wine – and almost everywhere you look, you can find interesting and different wines. 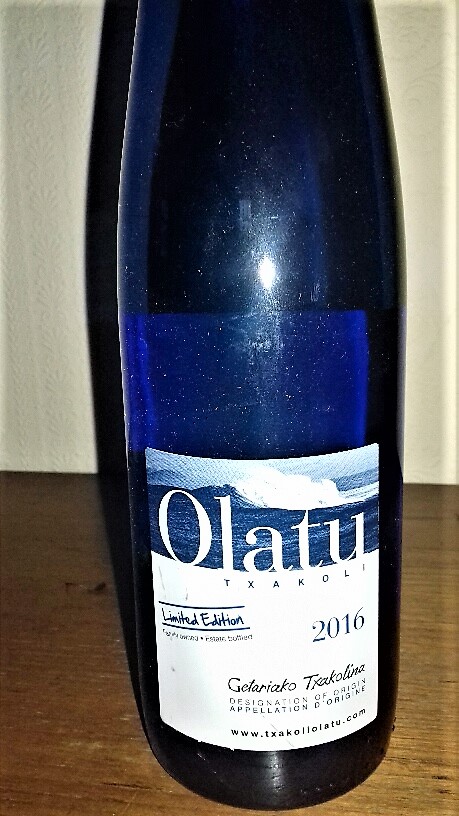 Sometimes, you might not even realise that they’re Spanish at all.  Take Olatu’s Getariako Txakolina (Corks, £15.99) in its unusual blue, flute-shaped bottle; it’s from the Basque region of northern Spain but the only mention of its country of origin is in tiny print on the back label.  And to taste, too, it’s about as un-Spanish as it could be: to start, it’s only 11.5% alcohol – the result of the cool Atlantic winds and currents restricting the ripening of the local Hondarrabi Zuri grapes.  But, unlike many wines light in alcohol, this isn’t thin or sharp; you’ll find quite a bit of richness on the palate and attractive flavours of baked apples and spice.  There’s an apparent hint of sweetness in there, too, although the wine is actually bone dry, really refreshing and finishes quite long.

You might be tempted to think of it as an aperitif wine, as I did, but, in reality, the savoury flavours mean that it works much better with food, even with quite a robust dish like baked river trout on a bed of herbed toasted chickpeas.

Thinking of other Spanish whites – a white Rioja or Albariño from Galicia, perhaps, this couldn’t be more different; proof, if you still need some, that Spanish wines today are really worth looking out for and just so much more than Rioja.