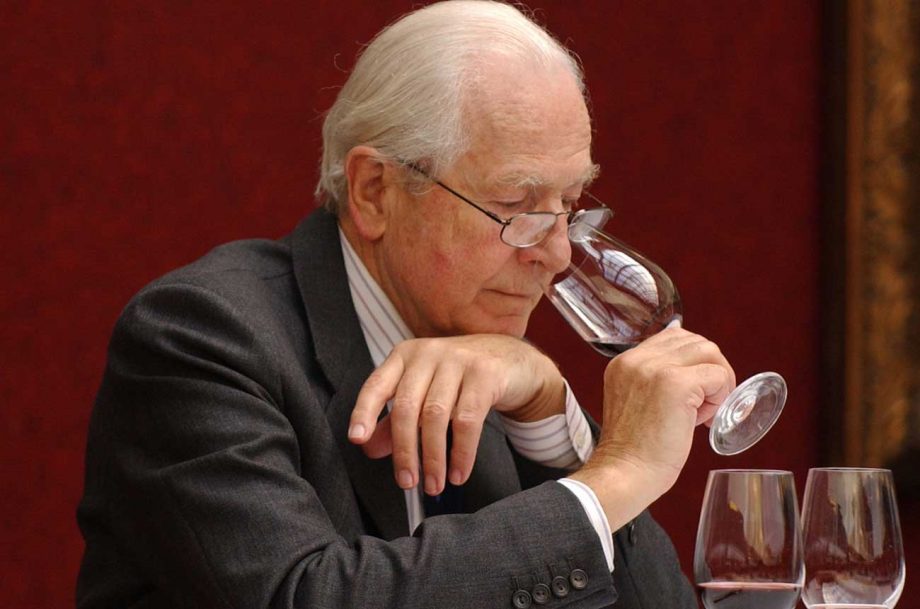 (photo above thanks to Christie’s Wine Auctioneers)

In these strange and unsettling times when we have to think ‘Coronavirus’ before every action we take, I guess most of us are looking for some good news.   But that’s not what we had last week with the reports of the sad death of one of the most respected names in the wine industry, Michael Broadbent at the grand age of 92. One of the first 25 people in the world to pass the notoriously difficult Master of Wine exams, Broadbent was an acclaimed taster, a widely published writer, a skilled wine educator and a long-term director and principal auctioneer of Christie’s Wine Department.

Although I never met him, I heard him often and, when I began to take a serious interest in wine, the first book I was recommended to buy was his ‘Pocket Guide to Wine Tasting’; that was in the mid-1990s and I still have it and refer to it. Like the man himself, the book is elegant and precise but also a wonderful source of useful knowledge combined with realistic common sense.

His wine career began in 1952 but he soon moved to work at Harveys of Bristol before leaving to join Christie’s a decade later. When I followed in his footsteps and joined Harveys more than 30 years after his departure, his influence and particularly his ethos that all staff members should receive good wine training was still in place and my success in the Wine Diploma exams is testimony to this.

He leaves an amazing store of information; early in his career, he was advised to make a note of every wine he tasted – he did so, in small red covered notebooks, about 150 of them, containing details of around 100,000 wines, some dating back well before his birth!

Perhaps tasting that many wines is the secret to long life!

Join me in raising a glass to a wine legend, Michael Broadbent.